Spring in Seattle has sprung and the Cooper Jacobs office is ringing with inqueries for space on Lake Union. Recent sales of moorage slips are in the range of $75,000 to $125,000 for slips around the lake excluding Wards Cove.  Due to the lack of inventory prices have remained strong and even appear to be increasing from the data we look at.

Wards Cove Listings  are the newest slips available on Lake Union and could be some of the last to ever be developed. There are only a few out of the original twelve available.  A slip at Wards Cove sold on December 28, 2011 which was listed for $885,000 and SOLD for $850,000.  Another was listed for $850,000 and SOLD for $682,000 in July 2011. One listed for sale at $735,000 SOLD for $685,000 on October 25, 2011. Houseboats on Lake Union and Portage Bay are two of Seattle’s strongest real estate markets. More houseboats are being designed and built for Wards Cove and the remaining slips are going quickly so don’t miss the boat! I personally see more and more Seattle houseboats around Lake Union being completely renovated. This is not only good for the local economy like the contractors, suppliers and banks lending the money but also a significant indication that these property values are holding strong.

Cooper Jacobs has a Westlake floating home coming on the market soon and if you want a sneak peak email Courtney at courtney@cooperjacobs.com or conatct her at 206/850-8841 to schedule a tour. It’s a great time to be in the know so if you want an evaluation of your property call Courtney Cooper. Recently, across ‘the pond’ from Wards Cove there was a slip at Gas Works Park Marina that was listed for sale by another real estate agency at $75,000 and sold for $70,000 in 16 days which in our opinion was underpriced. Don’t miss out!

Check out listings for Seattle houseboats at  Seattle Houseboats For Sale. 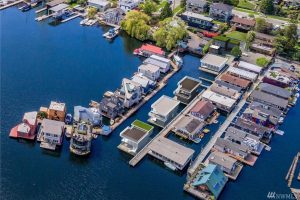 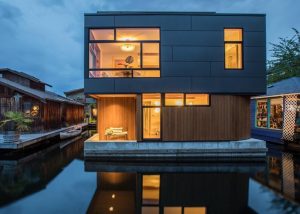 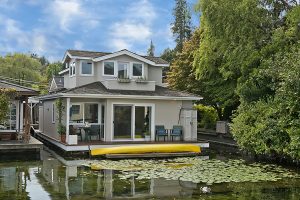